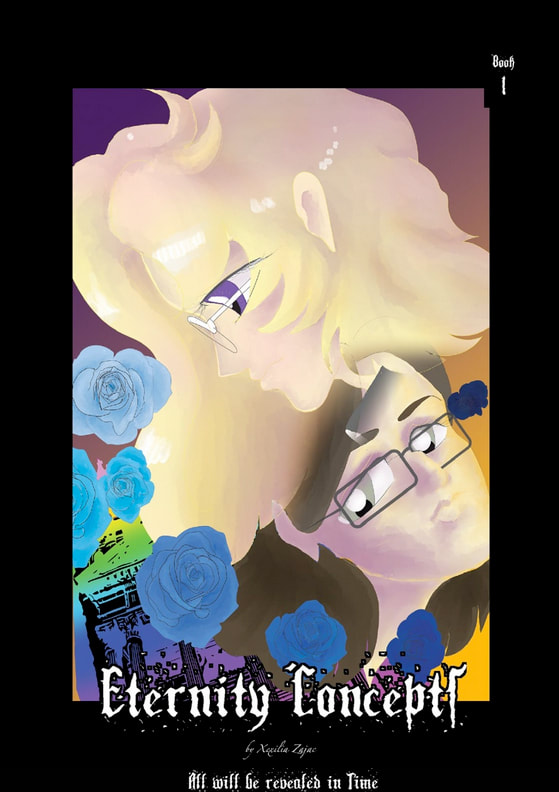 This is a signed, first edition graphic novel/manga by Xexilia O. Shadows. The price is $25.

Julian Skyy is a Roman Catholic Priest at 26, and deeply depressed. His only and best friend, Ezra, doesn't seem to notice or care. Julian begins planning his own end, and telling no one. . .

On the day he finally decides to carry out his plans, he is interrupted by discovered someone else who beat him to the same punch. Julian quickly forgets and forgo's his plans to save a life. . .

Meet Hollow Sonear, the man who claims to be unable to die. Despite his claims of conducting experiments to prove it, Julian decides to help him him open up his own eyes--as Hollow has done for him.

But is Hollow really what he claims. . .or merely a devilishly lucky mental patient? Is he really so harmless, or could he be a danger to himself and others?

And who, exactly, is watching?

What is the plan someone seems to be the center of--and who is spying on them to ensure "it" happens?

Could it be Ezra, Julian's crass, uncaring "best friend", who seems to be hiding something behind his sunglasses?

And could Julian, finally, have found love. . .with another man?!